We found out that there are tons of Frenchies living in California. Also we heard Frenchies are the No.1 breed in CA, or pretty close to it…? If what we heard was right then he must be the one of the reasons people in California love Frenchies. His name is Ninja. 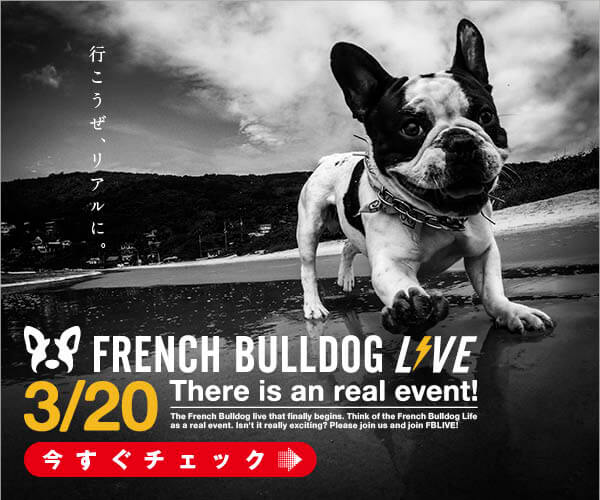 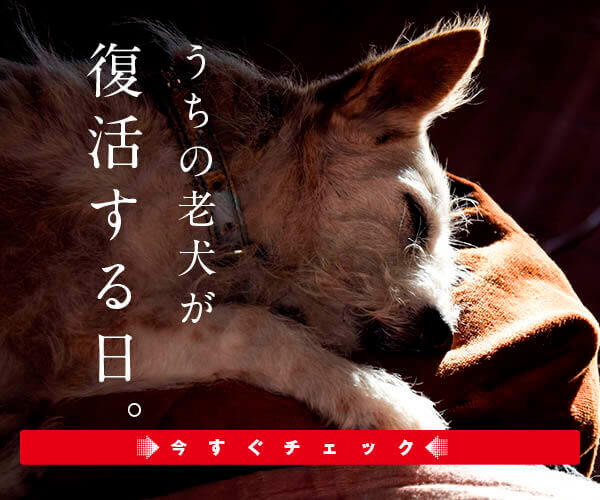 Ninja is a two year old Frenchie, and he lives in LA, California with his family. He just turned two in April 2017.

This cute Frenchie has already modeled for many products/companies, such as: Chewy.com,

He also advertises human products like the earphones from Sudio.

“They [Sudio] have Beautiful design earphones with high quality sound”

Why the Name “Ninja”? What Commands Does He Know? We’ve Got Answers! 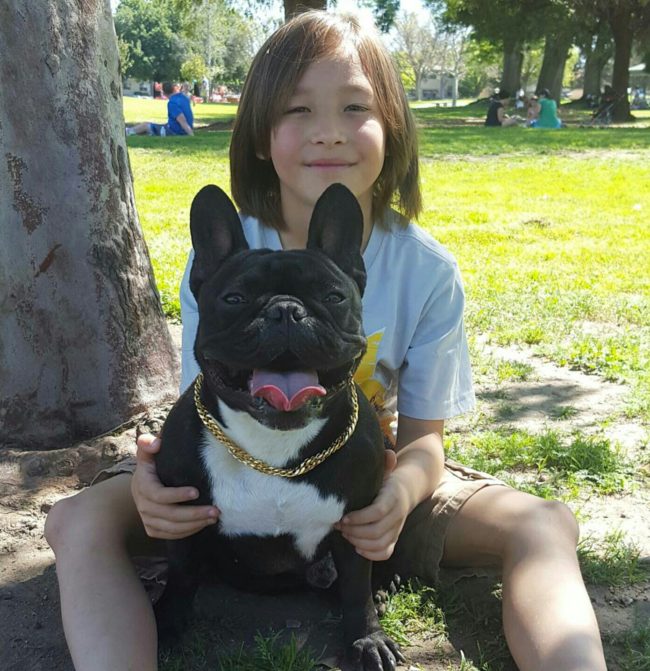 Ninja and his two legged brother Liam, Image by Tiffany

Named Ninja Because of His Mom’s Heritage

Tiffany, Ninja’s mom, grew up in Japan and wanted to get a Frenchie for a long time. When she finally got a Frenchie, she wanted to name him with a cool Japanese name that can easily be pronounced by Americans. The name “Ninja” popped into her mind. Ninja became a momma’s boy and now sleeps every night with her on the bed.

Ninja was Born to be Sweet!

Ninja seems really good so we wondered – has he ever been to any obedience class or puppy class?

According to Tiffany, he hasn’t been to any training classes. She also told us that he was born to be clingy and human friendly. He is always good to the person who he’s never seen before.

- No professional training, but he’s so good!

Also, Tiffany taught several commands to Ninja, such as: shake, sit, down, up, speak and so on. We can see them on his Instagram, especially it’s so cute to see him singing!

Tiffany had a Maltese before. Compared to them, she realized that Frenchies like Ninja have a really funny personality. Also Frenchies take a nap quite often. Ninja warmly welcomes family members when they are back. He is okay to be around with many people, so Tiffany said she thinks that “French bulldogs are perfect for a big family.”

Through this interview, we saw a world-famous Frenchie’s life a little bit. Want to see more cute pictures of Ninja? Follow his journey! IG - @frenchie_ninja