Police officers are keeping us safe. Not only that, sometimes they are there to make our lives better and happier. This story from Richardson, TX will prove to you that we can count on them when it comes to family accidents, even if the family member is not a human being. 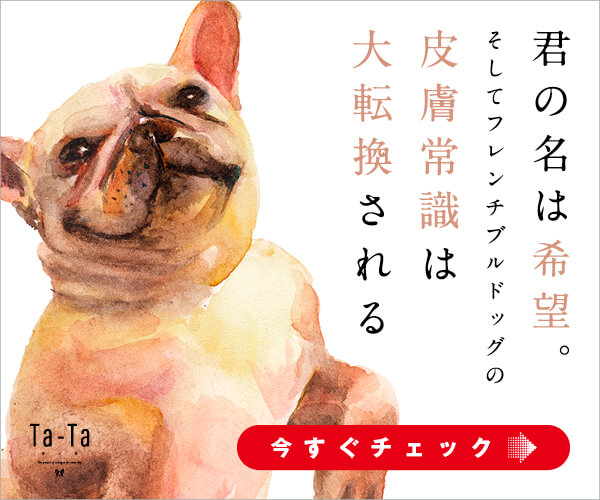 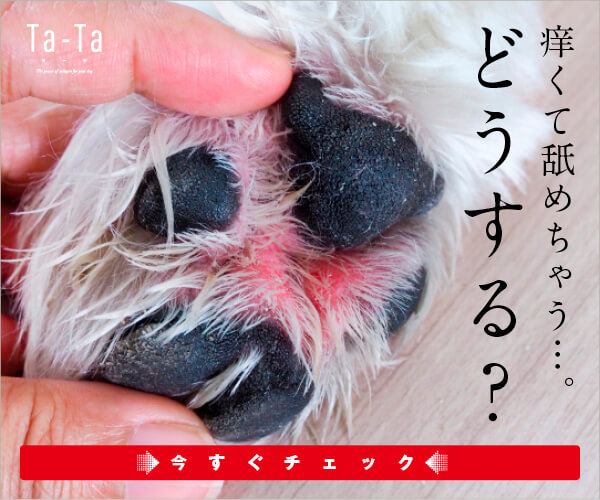 Richardson, One Of The Safest Towns in Texas 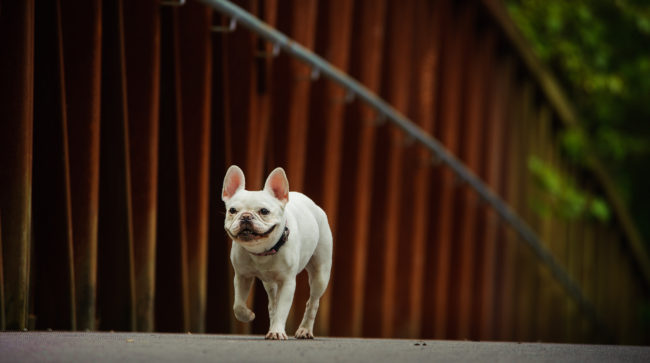 Richardson, Texas is known as an affluent neighborhood. The town was once recognized as one of the safest towns in Texas, and the best workplace for commuters. Also, if you’re using some technology to read this article, which I believe you are, you might be using some technology from Richardson. There are telecommunications/networking companies, such as AT&T, Verizon, Samsung, and more.

The Perpetrator was on the Run, in Front of an Officer!

It was the beginning of May 2017. Officer Mayo was talking to a neighbor, who has a Frenchie named Tooshie. When they were talking, Tooshie came out from the front pouch to greet Officer Mayo. He also is an owner of two Frenchies, so he petted Tooshie, as many dog lovers would do. But suddenly, Tooshie attempted to escape from the house to the park, in front of Officer Mayo. 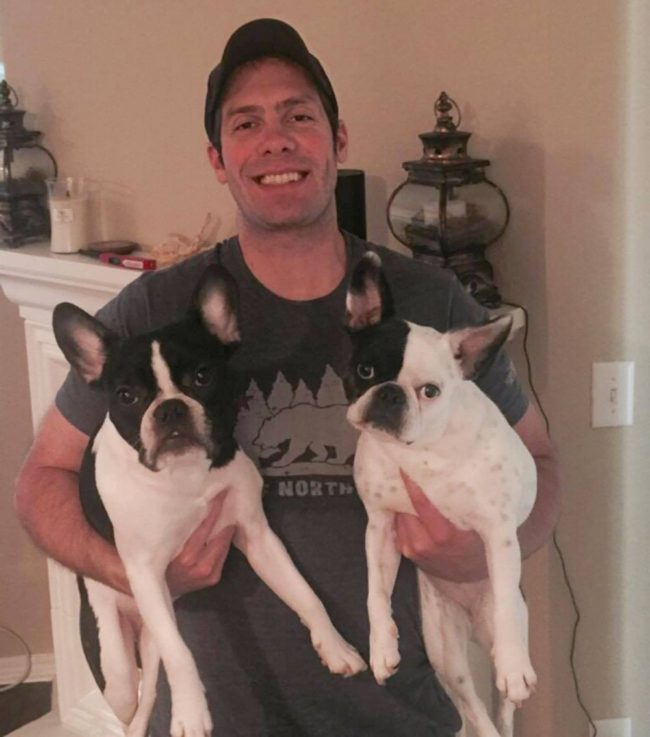 Officer Mayo and his two Frenchies, Image by RichardsonPD 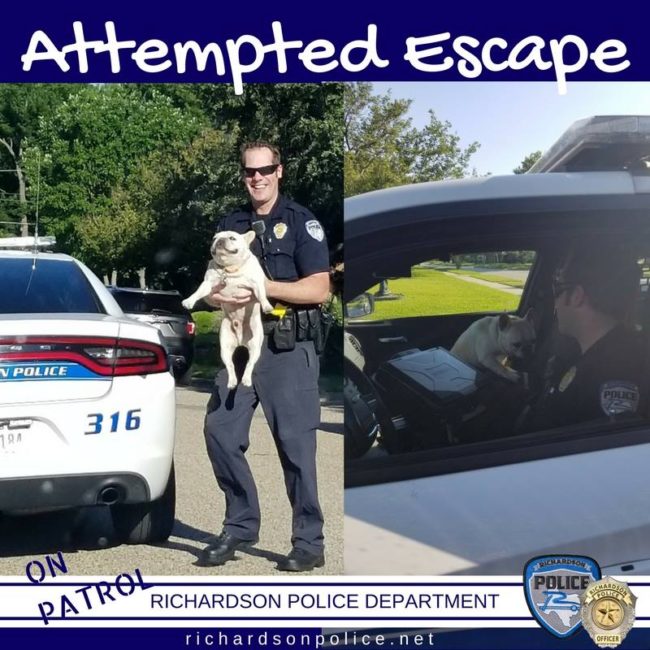 Finally, the fugitive Tooshie was caught by the officer at the corner of the park. No citizen left behind.

Richardson PD reported about Tooshie after the arrest: “When the dog was questioned why he ran, he just smiled and remained silent.”

You’re a Hero, Officer Mayo! We Love the RPD! 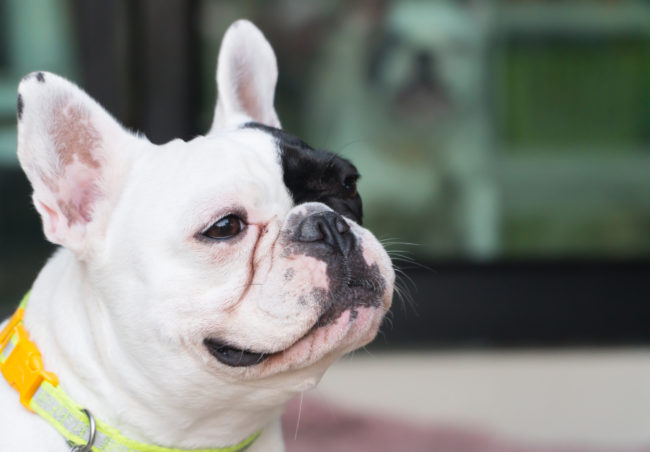 The Richardson PD shared this news on their Facebook page, and the Officer got many compliments, such as:

“Job well done! These dogs are master escape artists. You are a hero, Officier Mayo.”

“Great going, Officer Mayo! Yet another reason to love our RPD.”

Frenchies might look chubby and un-athletic, but sometimes they are swift runners. Officer Mayo, who knows a lot about Frenchies, did the right thing to start chasing after Tooshie as quick as he could.

You’re really a hero of Richardson. On behalf of all Frenchies out there, we thank you very much, Officer Mayo!