Anmitsu the Frenchie, What’s the Secret to Your Beauty?

Hello Frenchie lovers! We finally decided to make an English article. From now on, we will start writing articles in English, hooray!

To celebrate our first English article, we interviewed the mom of a super pretty Frenchie named Anmitsu. They live in LA California, so yes she is a Cali girl. What’s the mom of a world famous Frenchie think about how to raise Frenchies? What does Anmitsu mean anyway? We asked her many questions like those and she answered all of them! Hello world! I am Anmitsu the Frenchie, named after my mom’s favorite dessert! 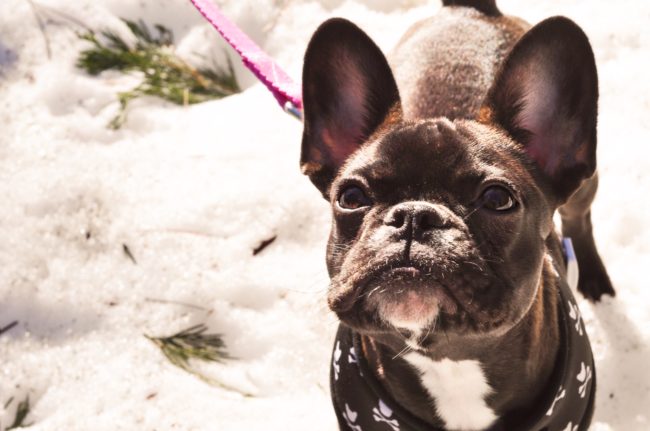 First of all, for some of you who are not into Japanese culture, Anmitsu is Japan’s classical dessert and has been a Japanese favorite since decades ago. Here’s a page on Wikipedia : Anmitsu

Anmitsu’s mom Madison Nakayama was born in Japan and grew up there until she was 5 years old. Also she was working in Tokyo for a little over a year, and it sprung to her mind that she’d name her next puppy Anmitsu, while she was eating Anmitsu in Tokyo.

Difficulty to Get Extremely Popular Breeds from Good Breeders Ever since Madison wanted to get a Frenchie puppy, it had been really difficult for her to get one. The popularity of Frenchies in the US has rapidly grown, so unfortunately there are many breeders that are irresponsible. Madison didn’t want to get her puppy from such a breeder, so she researched a lot about Frenchie breeders to find the right one that actually loves French Bulldogs and breeds them in right way.

She finally found a brindle Frenchie in Texas two years later, and named her Anmitsu.

A Brindle Coat to Honor Her First Two Dogs 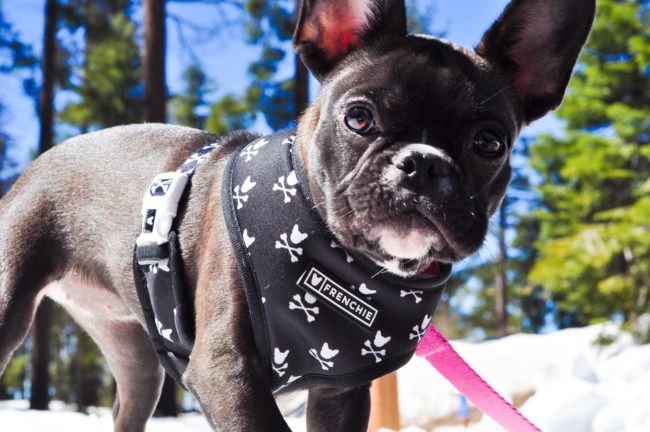 When Madison wanted to get a Frenchie puppy, it was essential that she get a brindle and white one. She had an English Spaniel mix and a Chihuahua as her last family dogs and both had the same coat colors - brown, white, and black. For her, getting the puppy that has the same coat color was “to somehow continue and honor my first two dogs.”

A Healthy Diet to Keep Her Coat Beautiful 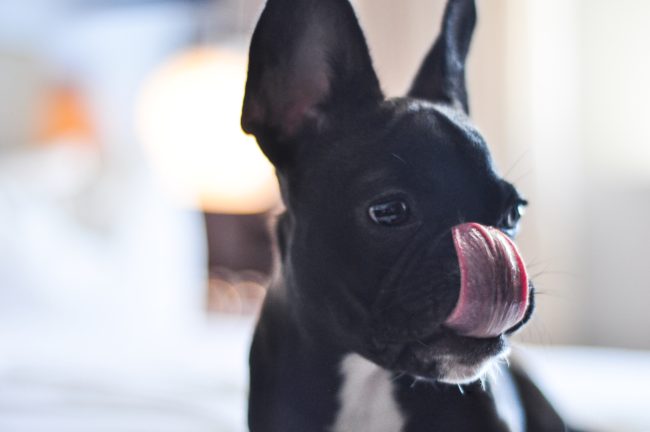 As you see in her pictures, Anmitsu has a quite beautiful coat that made us wonder what kind of diet she’s on. Anmitsu eats freeze-dried raw meat, specifically rabbit and venison due to her allergies. The diet she’s on eliminated her allergies completely. According to her, and we all agree, a healthy diet is “extremely important for this breed.” Also, health insurance is the key to have a good life with Frenchies.

To conclude our first English article, we’d like to quote what Madison told us – Although you need to research a lot prior to welcoming a Frenchie puppy to your life because they are not easy to raise, once you are really sure you want them, “you won’t regret it. They are funny, curious, silly, stubborn, but with a sweet, loving disposition. It was the best decision of my life and my life is richer because of her [Anmitsu] in it.”